Racing with a mission

Race, retrain, recover – that’s the mantra of Mission Motorsport, the charity which supports service leavers through motorsport and automotive endeavours. The

Morgan takes on Race of Remembrance

The Morgan Motor Company continues the support of its charity partner Mission Motorsport, with entry into the 2021 Race of Remembrance. The 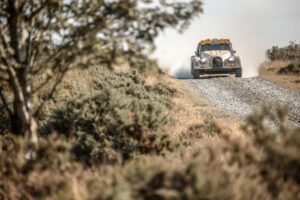